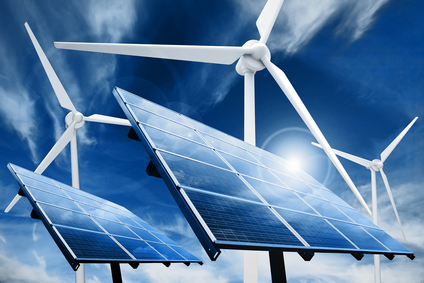 Renewable energy sources are expected to account for more than one quarter of world electricity production by 2020.

The demand for Renewable energy is growing worldwide, with record numbers of new wind and solar installations increasing every year. We can gladly welcome this fast development of renewable energy by utilising existing technologies, for improvements to the existing electricity system, and making smart policy decisions that move the environment toward a cleaner energy future.

The most widely used source of renewable power is Hydropower, with the global hydroelectric installed capacity exceeding 1,000GW, accounting for over 18% of the world’s net electricity production and more than 67% of the global power generation capacity from renewable sources.

Construction of dams on rivers and releasing water from the reservoir to drive turbines is the most common method of hydropower generation. Pumped-storage type plants are another method of hydroelectricity generation.

Because of the environmental and social impact related to bio-diversity and human passage, Hydropower projects have, however, become controversial during recent years

Worldwide solar powers established capacity is more than 100GW, which makes it the third biggest renewable power source, with photovoltaic (PV) technology the leading source. The use of direct solar power (CSP) technology is also on the rise and global installed capacity stood at 2.5GW at 2014.

Germany, Italy, China, the US and Japan possess the biggest solar PV capacity in the world, while Spain is home to more than 75% of the global CSP capacity.

The fourth biggest renewable power source after hydro, wind and solar is Bio-power .The world’s net electricity production capacity from bio-mass currently exceeds 84GW, while global bio-power generation increased from 313TWh in 2011 to more than 350TWh in 2014.

Modern biomass, especially bio-fuels and wood pellet, are increasingly used for heat and power generation, alongside traditional biomass sources such as agricultural by-products.

The power lines, transformers, and control stations that make up our current energy network are old, increasingly unreliable, and not enough to handle a significant increase in renewable energy.

To move toward a cleaner energy nation, the nation’s electrical grid and the transmission communications needed to connect renewable energy facilities to cities and region with high power demand need to be improved.