Sprinklers to be mandatory in new residential towers 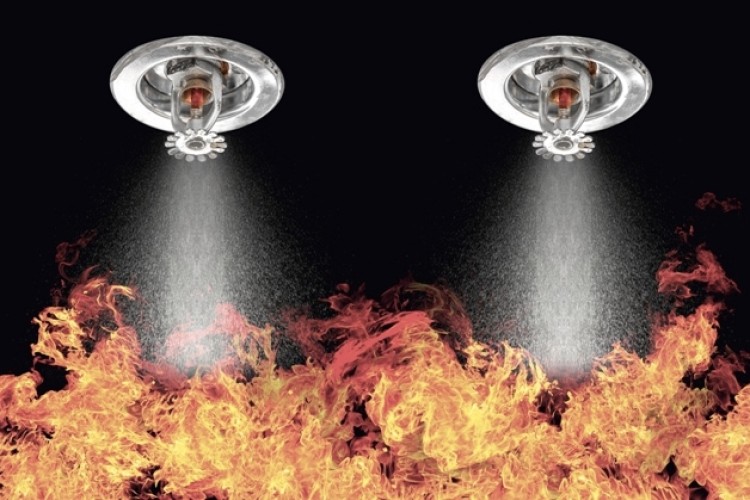 The Ministry of Housing has confirmed that sprinkler systems are to be mandatory in all new high-rise blocks of flats over 11 metres tall.

An update to Approved Document B is to be published in May that will include increased fire safety measures in high-rise blocks of flats.

The measure is part of a package, inspired by the Hackitt review into building safety following the 2017 Grenfell Tower fire in London.

Other measures include the Fire Safety Bill now in parliament and a planned Building Safety Bill. The latter will include a programme of reforms across the construction products sector, including establishing a new Construction Products Standards Committee, and introducing voluntary requirements for third-party certification schemes.

The latest non-ACM cladding testing results have now been published and show that none of the materials, including high-pressure laminate (HPL) and timber cladding, behaved in the same way as ACM.

In 2018, the Ministry of Housing, Communities & Local Government (MHCLG) commissioned testing into the burning behaviours of a range of non-ACM cladding materials. The aim was to identify if there were other types of cladding that burn like the type of metal composite material which was present on the Grenfell Tower, which was ACM with an unmodified polyethylene core (called ACM PE, or ‘ACM category 3’).

The diagram below shows the difference between the two ACM PE panels tested (the dark green and light blue lines) and the rest of the initial samples.

However, the government says that any unsafe materials should be removed from buildings quickly. External wall systems on high-rise buildings using Class C or D HPL panels are unsafe and should be removed as they do not comply with building regulations.

It said that work to remove unsafe cladding from buildings is critical to public safety and so remains a top priority even during the coronavirus lockdown.

Housing secretary Robert Jenrick said: “The government is bringing about the biggest change in building safety for a generation.  Today we have made a major step towards this by publishing our response to the Building a Safer Future consultation. This new regime will put residents’ safety at its heart, and follows the announcement of the unprecedented £1bn fund for removing unsafe cladding from high-rise buildings in the budget.

“Building safety is a priority and the government is supporting industry in ensuring homes are safe at this difficult time.”

The Ministry of Housing has also released footage of the tests conducted by the Fire Protection Association in July 2019 to establish how high-pressure laminate panels in combination with stone wool insulation behave in a fire.

This article was first published in All Construction News.